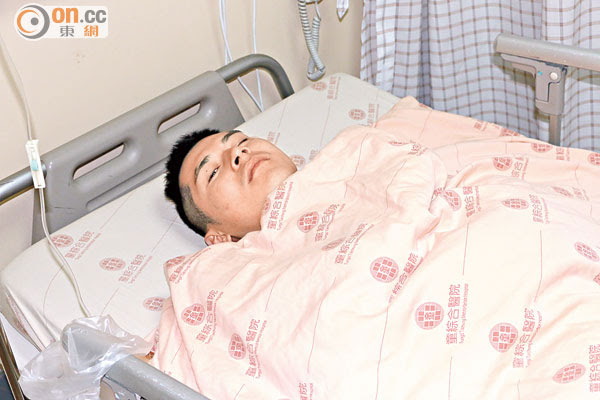 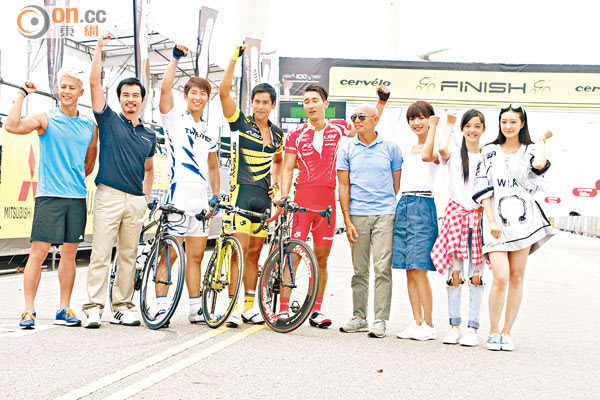 The Dante Lam Chiu Yin directed film TO THE FORE (POR FUNG) earlier held a production start ceremony in Taiwan. Leads Choi Si-Won, Shawn Dou Xiao, Eddie Peng Yu-Yen and Carlos Chan Ka Lok has been training hard for their roles as professional cyclists. Yesterday Chan Ka Lok while shoot their third cycling scene had an accident. He was injured as he "wiped out". The crew immediately sent him to the hospital, luckily his life was not in danger. However the doctor confirmed that his left shoulder was broken. Currently he remains in the Taichung hospital for treatment. A surgery took place last night.

After the accident Ka Lok became upset and worried that the production would be hindered. For this film he already started training everyday months ago. After he arrived in Taichung two days ago he immediately started training. Emperor Motion Picture artist department's Angelina said, "Ka Lok has been training everyday for TO THE FORE. After his injury he was only concerned about the production progress. Currently the most important is for Ka Lok to be fine. He should first listen to the doctor's opinion and accept treatment. The company will arrange for everything else, we hope his speedy recovery."

After Ka Lok's injury, many artists left messages online to console him. Alex Fong Chung Shun posted, "I hope he will recover soon, for any dangerous stunt look for a double, don't do it yourself." Wai Ying Hung posted, "I am very worried, I hope Ka Lok will get well soon. I know Ka Lok was very tense about this film. For this film he trained hard for a long time. The most important is he is fine, just play nice and properly rest!" Simon Yam Tat Wa also wished him a speedy recovery.
Posted by hktopten at 12:24 PM