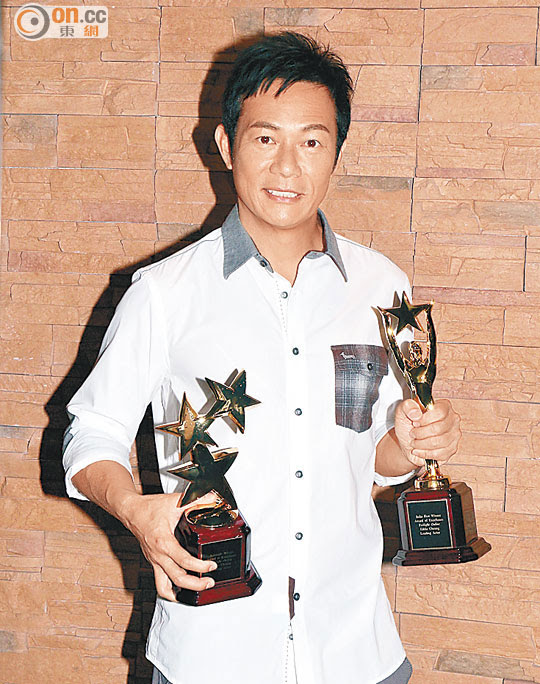 After years in the business Brother Fai won his first Best Actor award, which he did not feel like a late arriving spring. "Actors can't count like this, as long as you keep working you keep having opportunities. I never thought about winning the Best Award either." He also said that he would continue to play any character with potential and would not choose lead roles to play. Playing a good guy has set framework, but playing a bad guy could have different interpretation method. Has his workload increased after the awards? He said that he already had a lot of jobs before the awards. How has his wife supported him? Brother Fai joked that his wife helped him with more skin care, because after the awards he had to see a lot of people.

Starring in her first film, Li Zichen was fluent in Putonghua. She praised Brother Fai as the joy of the set. He was very professional and everyone had a very pleasant collaboration. Brother Fai also praised her as smart. Sometimes when she could not understand Cantonese, he would use his sloppy Putonghua to translate for her. Li Zichen revealed that a Japanese fan said that she looked like a ghost without her makeup in the film, but she was not mad. He said, "They like my ghost film look and say that I have potential. I too hope to be able to make more movies." Li Zichen admitted that now she has a lot of ghost film offers, even from home in Japan. She also looked forward to returning to perform in Japan because she was half Japanese.
Posted by hktopten at 5:23 PM