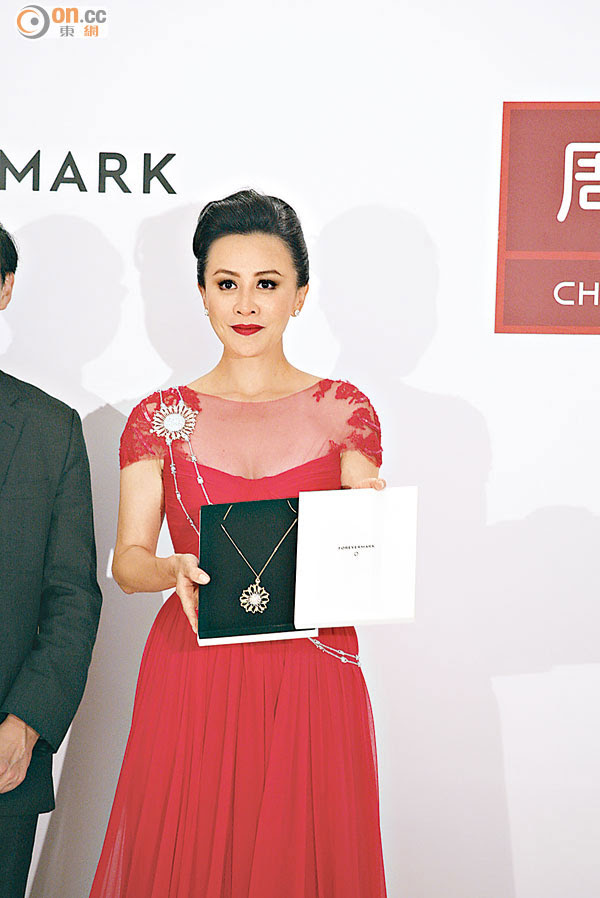 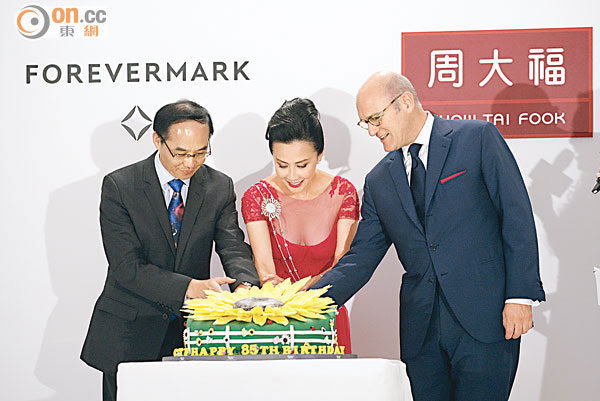 Carina Lau Ka Ling last night attended a certain diamond jewelry brand's 85th anniversary. Ka Ling just finished the Thailand location shoot of Wong Jing's new film FROM VEGAS TO MACAU 2 (DOH SING FUNG WON 2) with Chow Yun Fat. They even had an intimate kiss scene. She joked that it was child's play, even with Fat Soh on the set she did not feel awkward. Instead it was very hard to make this type of scenes with close friends, she stated that she and Wai Jai would have a hard time being intimate on camera.

She revealed that she was on location in Thailand for a week. Later they will shoot in Hong Kong and Macau. Ka Ling said that working with Fat Gor has been a pleasure. They talked about the past and the future. Fat Gor also hoped that they would work together more. Ka Ling also said, "Fat Gor is very nice and has a superstar presence! We complimented on how fit we were, he took selfies with everyone he saw and everyone loved him!" Sh also admitted that her friends claimed that they came to visit her on the set but actually they wanted to visit Fat Gor. Did Fat Gor share any fitness advice? Ka Ling said, "Fat Gor taught me to hike and eat more in the afternoon, but with all my events at all it would be hard to watch when I eat!" She also admitted that Fat Gor asked her to hike with him in Kowloon and said that the scenery was beautiful. She believed that she would be able to handle that physically.

In addition, Ka Ling admitted that the intimate scene with Fat Gor has been completed, but it was not considered daring as it was only child's play. She joked that she has already asked Andrew Lau Wai Keung to add more scenes like that one. She said, "We want a passionate kiss. Even though Fat Soh was on the set it wasn't awkward. Instead intimate scenes with people I know too well would be, thus it would be hard to play such scenes with Mr. Leung!" Speaking of the additional shows to her, Tony Leung Ka Fai and Tse Kwan Ho's play, she said, "Although it has been very rough, after every show I would have to take a deep breath. Because the character was hard to play and had a lot of lines, it was a huge challenge. However I am having a lot of fun!"
Posted by hktopten at 5:52 PM