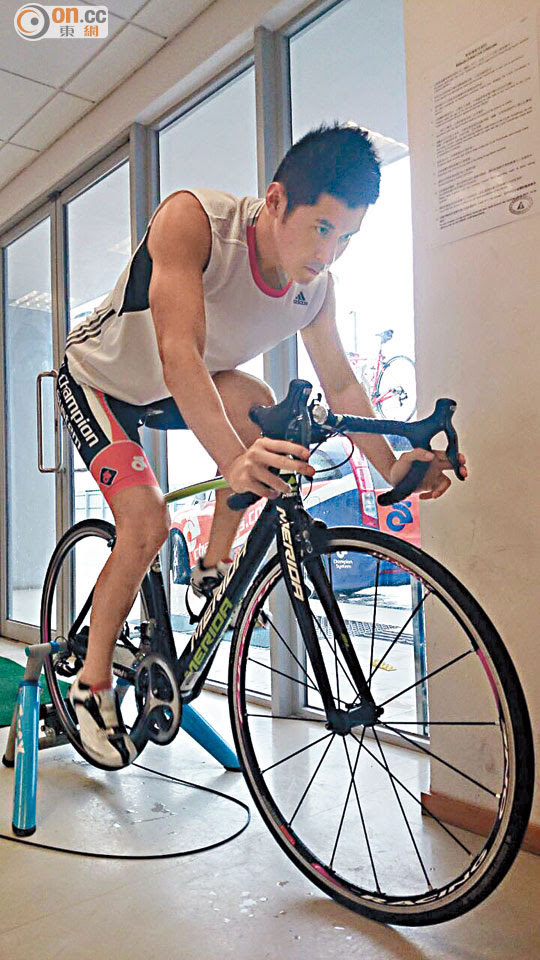 Carlos Chan Ka Lok earlier was injured while working on a cycling race scene for his film TO THE FORE (POR FUNG) and needed a surgery there. After he was released and returned to Hong Kong, he only rested for two days at home. Yesterday he could not wait to return to cycling practice, his first since his surgery. He will rapidly return to work officially on the 16th and attend a watch event.

Ka Lok ran into rain during his practice, but he braved both the storm and his injury to practice in the rain as he prepared to resume work. Emperor Motion Pictures artist departure director Angelina said that Ka Lok's recovery has been very ideal. The doctor pointed out that his metabolism rate was especially high and his wound was healing especially fast.
Posted by hktopten at 5:02 PM