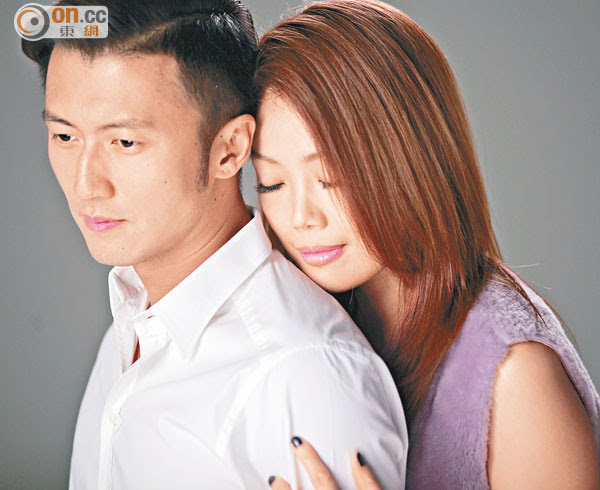 Nicholas Tse Ting Fung lately has been busy with his film BUT ALWAYS (YUT SUN YUT SAI) promotion. He wrote and produced the theme song LET US CONTINUE, even asked his friend Joey Yung Cho Yi to sing the duet. Earlier they worked on the music video. When the director asked them to embrace each other, they appeared to be embarrassed. When Ting Fung held Cho Yi from behind he could not help but laugh. They said, "We are as close as siblings, holding each other and singing a love song feels very strange and very embarrassing, like a brother holding a sister it's very hard to hold back our laughter." Yet their manager Mani Fok Man Hei pointed out that this embrace scene could not be removed. She even suggested for Cho Yi to hold Ting Fung. At first they still had many bad takes, but slowly they got more and more into it. Finally they rapidly finished the shoot in two hours.

In addition, Gao Yuanyuan spoke with Cable about working with Ting Fung for the first time on BUT ALWAYS. She pointed out that he was very different on and off camera. "In the past I have always thought he was very cool, but after working together this time, I saw his talented side." Yuanyuan and Ting Fung had love scenes in the film. When asked if the shoot was awkward, she admitted more or less it was.

Yuanyuan just registered her marriage to Mark Chao in June. Did she have any parenthood plan? She said, "I have to sooner or later." As for a timetable, she said, "I don't have one, first I don't want to be tied down to such an idea. Let it take its natural course."
Posted by hktopten at 12:36 PM