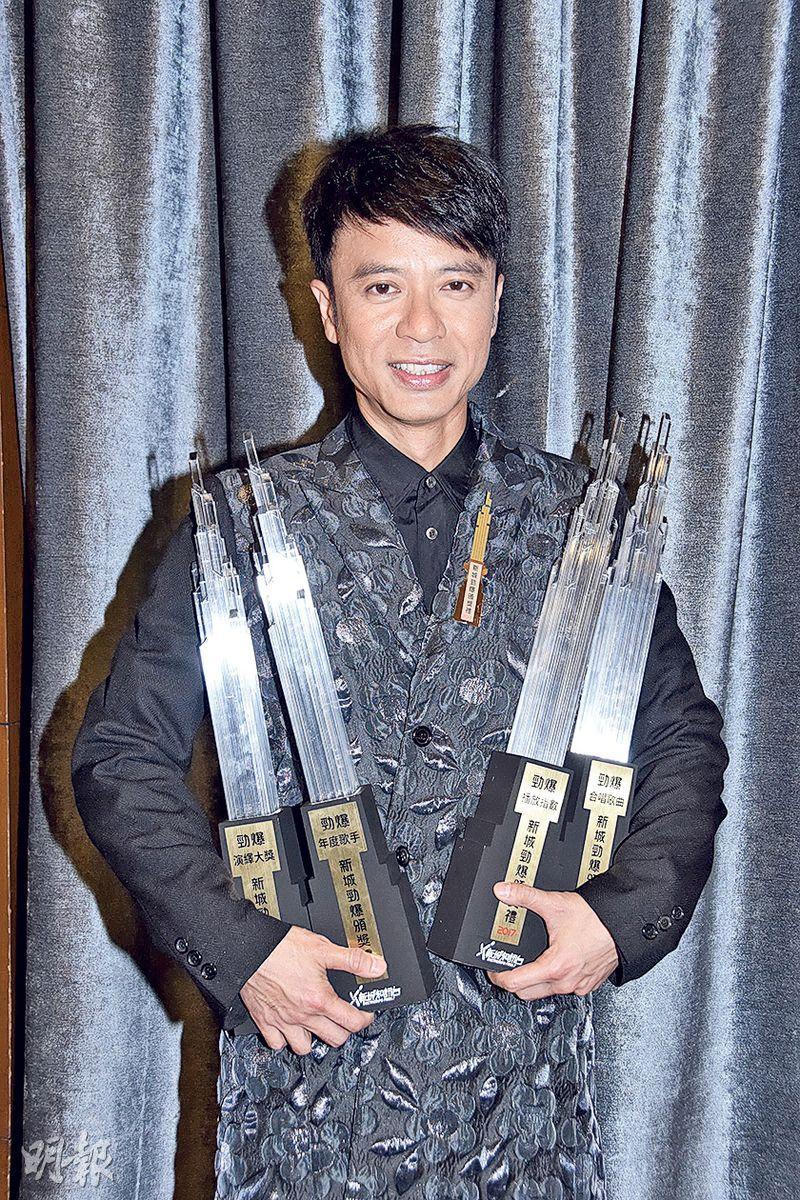 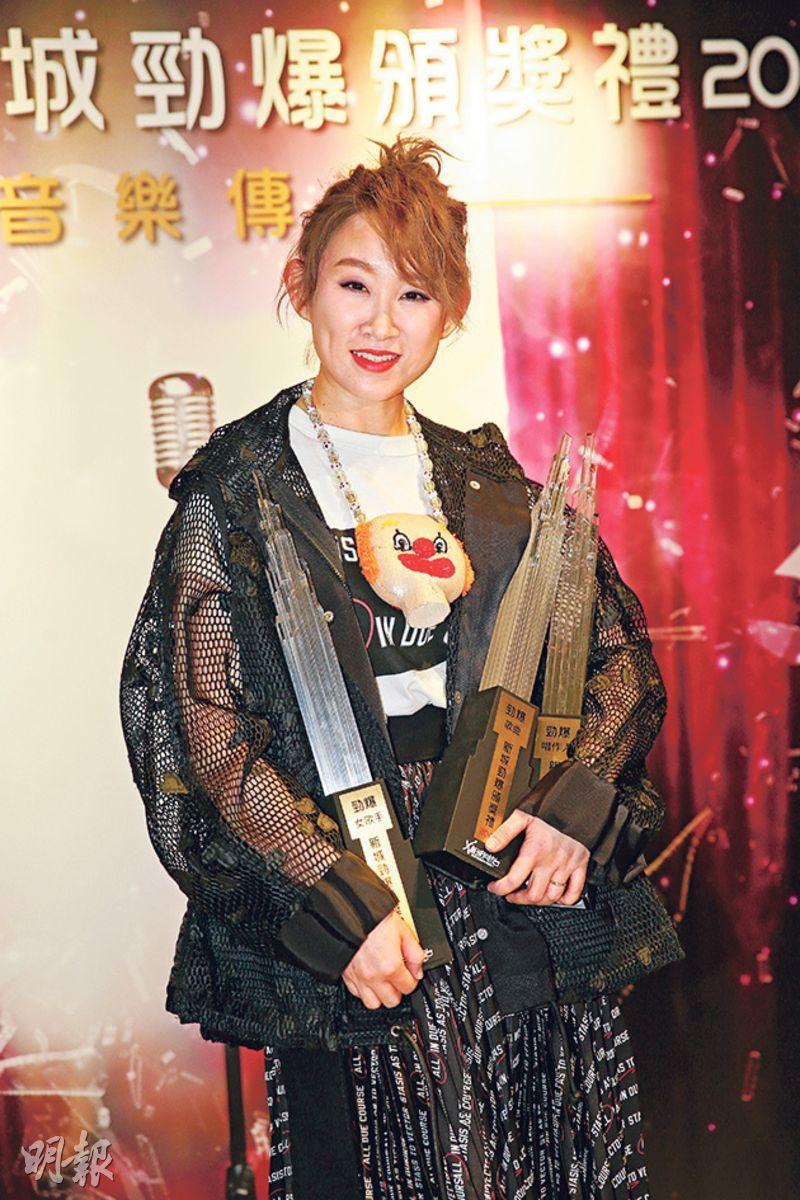 This year's Hit slogan was "spread with music", hoping through the invisible power of music to break through all differences and obstacles for the songs' messages to keep spreading in the hearts of the general public. At the same time it wishes a full bloom for Hong Kong music, and continue to spread positive energy with songs. For this year's theme, Metro arranged for bands to performed a medley of the Hit Song of the Year selections from 1994 to 2016 to open the award show.

Hacken Lee this year won three major awards, including singer of the year, airplay index and performance award. In addition he also won a duet award for VINYL with RubberBand member Number 6 to become the big winner among male singers.

Last year this award show lacked record company support. This year the situation seemed to have improved. The audience admission rate reached 70%. With 8 awards last year, Universal records this year did not send any singer to attend. Instead Emperor "broke the ice" with the event. Its singer Deep Ng Ho Hong has not won an award in years won a song award with EARLIER RECORDED.

When Deep accepted the award, he admitted that he has not attended such an event in years. He thanked Metro and his record company. He knew that the company helped him a lot this year. He also happily said that he had another chance to accept an award on behalf of his colleagues.

Wai Lan not only thanked the Heavenly Father but also her company colleagues for their help, because this year has not been easy for her. She had to adjust to the changes in her voice and spend time to get to know herself anew. Now that she was still able to have such a performance she was already very grateful. Dressed in black, Wong Yuen Chi hung a doll in front of her chest. She said that she was very grateful for SUDDENLY A LIFETIME's song award. She never expected that after 12 years in the business she still had the chance to accept song related awards.

Earlier the Voice Entertainment's singers were rumored to be skipping this award show, but Pakho Chau appeared. He even received a song award and a male singer award. Perhaps because his management company was StarzPeople he was special. When Pakho accepted the song award for HEAVENLY NET, he admitted that he never expected to be on the stage. He luckily was able to run into a good character in the series LINE WALKER THE PRELUDE. He not only thanked The Voice Entertainment and StarzPeople but also his former record company Warner.

Despite his rising popularity at the end of the year, Hubert Wu Hung Kwan went home empty handed. Even more surprising was the Voice Entertainment executive Ho Jik To winning the Hit producer with Chow Shek Han for HEAVENLY NET. However Ho Jik To was unable to attend.

Chan Pak Yu opened the show with Excellent Performance Singer and Hit Song awards. Jason admitted that these two awards had special meaning to him. The excellent performance award was just right for encouraging him for his Hong Kong Coliseum concert this year, because he truly spent a lot of energy and time to prepare. On and off stage he felt pressure that he has never come in contact with for the first time. The second award was related to his marriage, because he originally planned to sing DOMINATING LOVE SONG to only his wife. It was a memory for them.

Getting married yesterday, Shek Wing Lei was unable to accept the 12 Music Power award in person but sent a video. She thanked Metro for giving her an award on her special day.

Starting the show for Metro, Nancy Sit Ka Yin last year appeared with a coronation robe. This year she was dressed in deep blue. Host Ricky Fan Chun Fung joked that she was celebrating Halloween. When the band Dear Jane performed on the stage, guitarist Howie had guitar problems and made no sound. Chan Pak Yu, Pakho Chau and others reminded him before the sound came back. Howie then asked the audience to applaud Jason and joked that his band mate Tim's wife was not in Hong Kong. He said that Tim would very soon go and look for his wife.

With two Mandarin Power awards To Tak Wai was absent but sent a video. He regretted that he could not attend but the video was cut before it finished. Sister Ka Yin joked that he had more to say. Host Fan Chun Fung said that To Tak Wai had a throat ailment. Yun Yi just recovered from her leg injury and was extra careful when she went to the stage. The crew gave her a hand when she took the stairs.

Playing a couple in HEART AND GREED 3, Michael Tong Man Lung who cheated on her in the show asked Bianca Wu Lam if she would forgive him. Wu Lam joked that he had to let her feel his chest before she would! She then stuck out her hand and felt Tong's chest. This year's new comer awards as last year were all female singers. They went to Sophy Wong Ka Yi, Emily Chun Hing Man and Cherry Ngan Cheuk Ling.