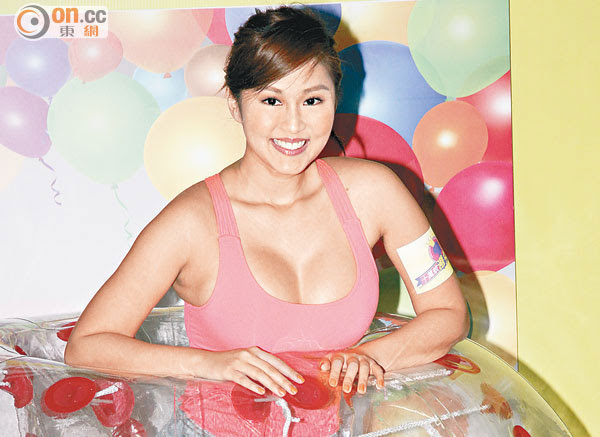 Ha Wai Yu's bust was pushed up in a very exaggerated way. She explained that she only gained weight. Lately she had to train for Stephen Chow Sing Chi's new film MERMAID (MEI YUN YU), her exercise rate increased and so did her appetite. She hoped to be able to lose 7 or 8 pounds before the shoot began. As for if she has been confirmed for Sing Yeh's new film, Ha Wai Yu said, "I received the work notice. I have to save the dates on my schedule. The character is still unknown because everything has to be kept confidential. During the contest I have already signed a confidentiality agreement. (Are you afraid that you would be fired for any leak?) Of course, so everyone please help me. I am fully prepared for the job before hand. (Did Sing Yeh ask you to be thin or fat?) I am not sure, I only want to get myself into shape so I would be able to move like a mermaid with ease."
Posted by hktopten at 4:14 PM