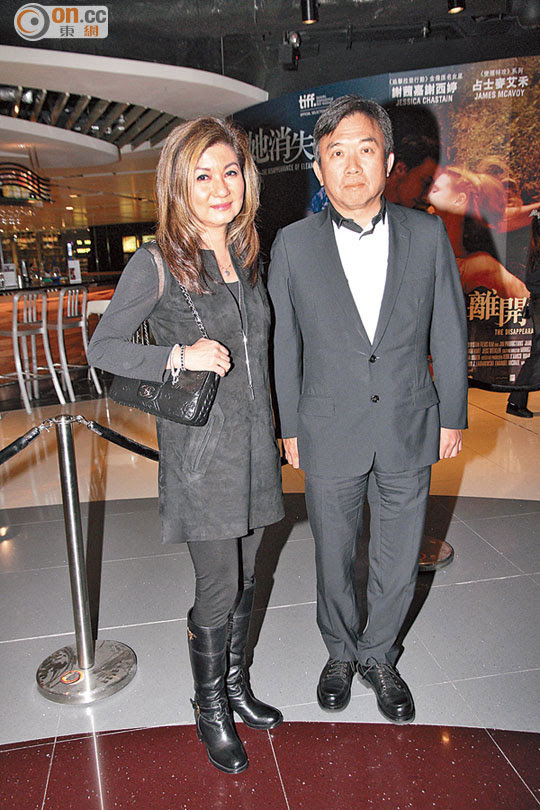 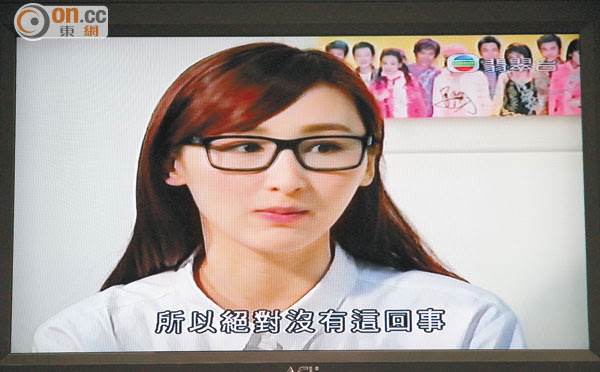 A magazine claimed that Ko Hoi Ning has become TVB major shareholder "Shell King" Chan Kwok Keung's new favorite and even claimed that Chan Kwok Keung has already given up on Kate Tsui Tsz Shan. Yesterday at the start of the TVB program SCOOP, a statement was read to condemn the magazine for publishing untrue reports for two weeks in a row. Last week it first reported that TVB executive Yu Wing Shan arranged for downsizing because privately she had a outsource company and programs were outsourced. This week it slandered the relationship between Chan Kwok Keung and Ko Hoi Ning. TVB expressed its displeasure at the magazine's reports and would take legal action again the magazine.

Ko Hoi Ning admitted that she really did not know Chan Kwok Keung. She has only sen him in company public events, she did not even have a chance to greet him. She said that over her 7 years in the business, such news has appeared more than once. She used to only know to cry and felt very oppressed. Now she would speak up for herself. She said that the company has treated her very well over the years and she cherished every performance opportunities. At first they were all minor characters, but she was very happy to get into the production. Slowly she had more chance to perform and she has done her best.

Some said that despite her poor acting she still had three series on the air. Ko Hoi Ning said that she understood that she was not the best performance and still had room for improvement. When the company gave her characters to play she would do her best. As for when the shows aired she did not know. Some said that lately she got to make FROM VEGAS TO MACAU 2 (DOH SING FUNG WON 2) because of her connections. She said, "I absolutely have no connection and I haven't relied on anyone to get ahead. The company actually has no such thing. Whether the job is outside or at the company, my manager arranges it." She said that the company arranged for her FROM 2 audition. Almost ten people auditioned and on the day of the audition five people were present. They met director Wong Jing and producer Andrew Lau Wai Keung at the same time. The action director was also on hand because her agility as well as her acting was tested. Two weeks later she found out if she had any chance to be trained, she had to train well to land the part. A month before the shoot she knew that she got the part. As for being called glamorous, she said, "I don't think so, maybe I would dress up for work events. However a lot of the clothing came from sponsors." The report also said that after work her boss picked her up. "Absolutely not, I drove myself to and from work. At most I would take the taxi." She said that yesterday she had a meeting with the artist department and consulted a lawyer to see what she could do.
Posted by hktopten at 3:29 PM