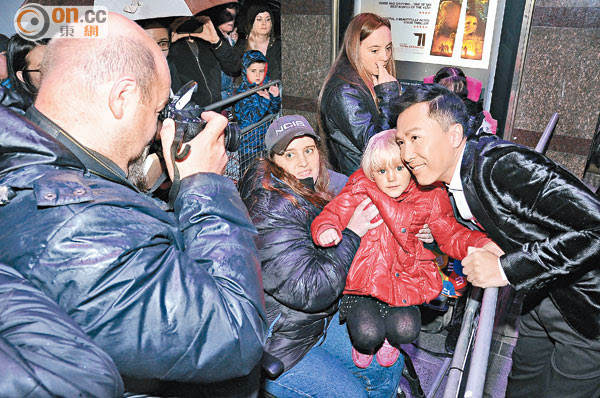 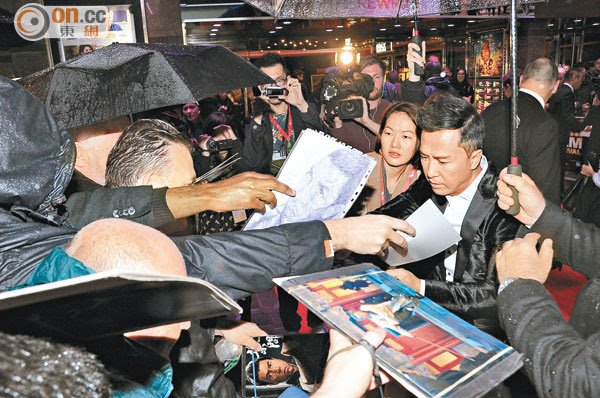 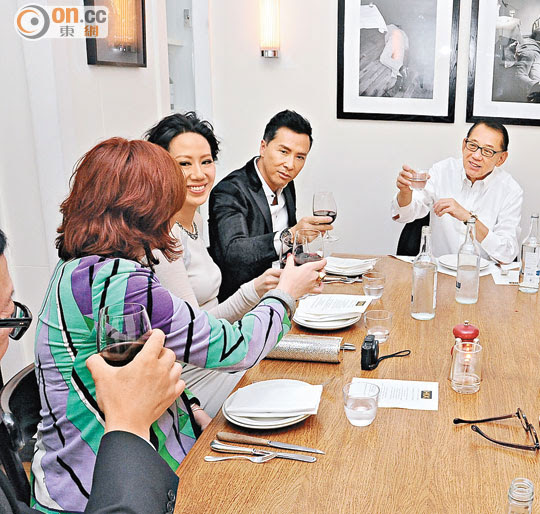 Many Tan fans waited in the storm, some even followed Yen Chi Tan and his wife Cissy Wang from the hotel to the premiere. Although the guests were caught in an awkward situation, everyone's enthusiasm moved them. In particular Yen Chi Tan did not turn any photo, autograph or interview request down. He even went cheek to cheek with a little fan for a photo. Although the rain was heavy, everyone also thought that "water was money, so rain was a good thing". A fan in a wheelchair made the trip and Chi Tan was deeply touched. He even went over to shake her hand and pose for photos.

Clare said to Chan Tak Sum that she caught many past kung fu stars and film industry veterans in KUNG like Yeung Pan Pan, Chiang Dai Wai, Tsui Siu Ming and Yuen Cheung Yan. Director Chan was surprised that so many overseas would recognize Hong Kong film elders and savor the most glorious era of Hong Kong film.
Posted by hktopten at 12:27 PM