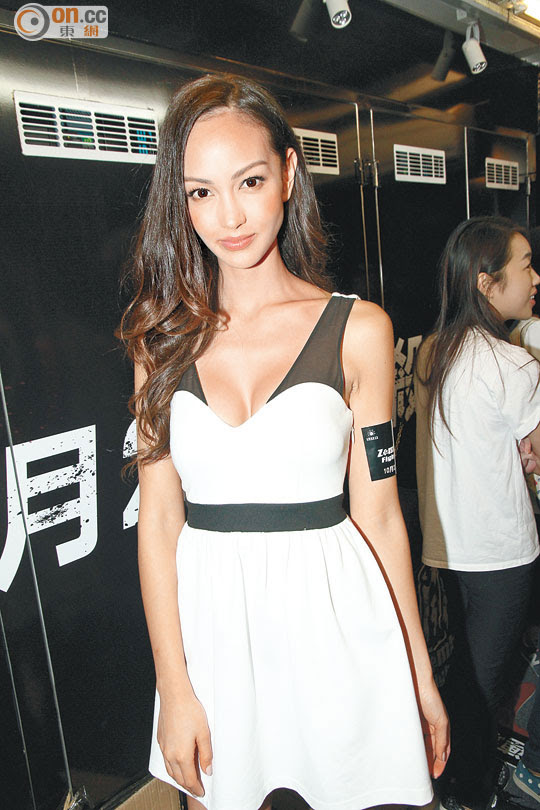 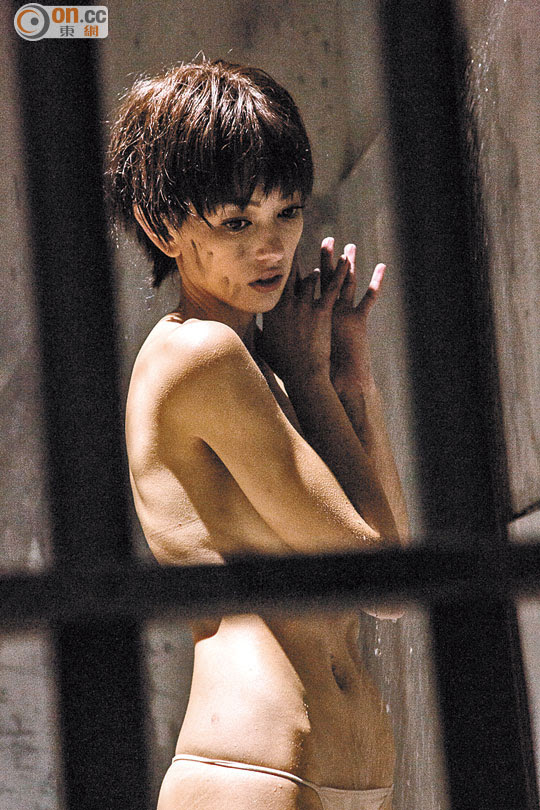 Jessica C. and Candy Yuen Ka Man yesterday promoted their film ZOMBIE FIGHT CLUB (SI SING) on the streets of Tsim Sha Tsui. The sexy JC felt that she was very clean and very feminine, she could be sexy and femininely dressed. She revealed that she has already seen the film earlier at the Macau premiere. "The more I watched the more I blushed and embarrassed I got. Because there were more nude scenes than I imagined, at the time I sunk lower and lower into my seat." Speaking of the male pedestrians' frequent shots of her chest, she said, "I am already used to it. Friends always said that she saw me on the streets. When I asked them what they saw, they said that they saw the bra I was wearing." Was she worried that someone may take advantage? She said that she has seen men harassing women on the streets. If she ran into this situation she definitely would yell at him with foul language.

Candy admitted that she was afraid of the crowd and said that she was not as brave as JC. She also said that she has been taken advantage of many times since childhood, mostly on her chest and her rear. She said, "Maybe because I don't have an assistant, they would suddenly rush over to attack. They would also stick to me like glue, but they are very fast. They would touch for two seconds and duck away, like it was a secret technique." Although sometimes she was taken advantage of, she felt that enthusiasm from others was better than not being seen at all. Speaking of her boss Wong Jing's friendship termination with others over different political opinions, she felt that no one needed to be too rash. On the journey of life some people would not become friends. They did not to use words to make the others feel bad. She joked, "When the new film starts production in a few days, I will treat him to herbal tea when Wong Jing visits the set. When he sees me in the sexy sequenced bra top in the film, he will definitely be very happy."
Posted by hktopten at 2:53 PM