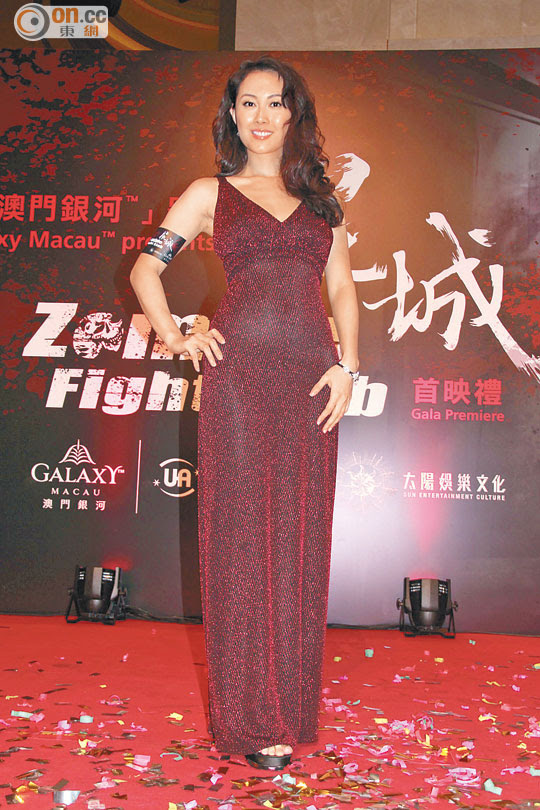 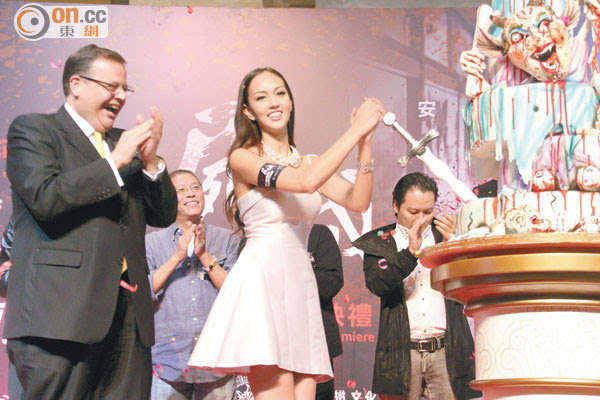 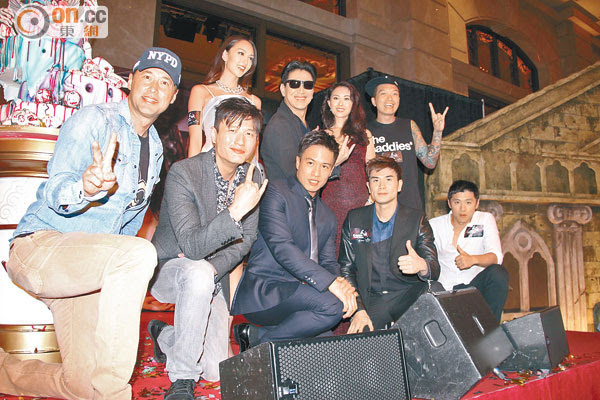 Jessica C. Andy Tien (On Chi Kit), Candy Yuen Ka Man last night attended the film ZOMBIE FIGHT CLUB Macau premiere. Lead actress JC joked that she showed too much in the film, so she had to rest a little. Speaking of the very sexy bathing scene in the film, JC said, "Oh my God! This is a new experience, the scene is also reasonable. I am very nervous about how to bring my grandma and family to see it. Luckily this scene was shot after everyone was familiar, but in the film a girl would touch me. So during the shoot it was a little awkward."

She pointed out that this performance reached her sexy bottom line. She hoped that in the future she would not need to perform in the nude. "Full nudity is too private. If my future husband sees it it probably wouldn't be good. Even this film I wouldn't watch it with my boyfriend, because I don't feel comfortable."

Andy in the film had intimate scenes with Yuen Ka Man. He said that during the shoot it was not awkward. Instead because the weather was so cold that getting close to Yuen Ka Man kept him warm. He pointed out that the film had other Taiwan actresses' sexy performance, the result of which was very exciting. Would he like to work with beauties on a sequel? He said, "Possibly!" However he did not need his mate to be buxom. Currently he is still single, so he would let it take its natural course.
Posted by hktopten at 9:06 PM