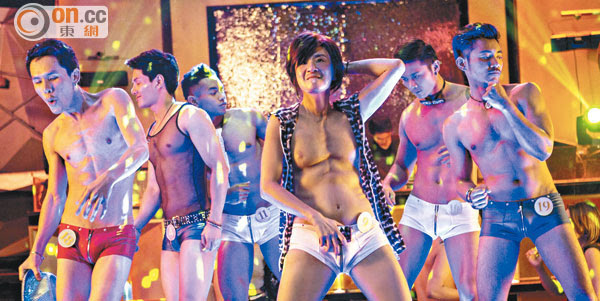 Kwan Yu said that she just returned from Shanghai. This Valentine's Day she sacrificed Peter Chan Ho Sun because she had to shoot an additional scene in Shanghai for 12 GOLDEN DUCKS (12 GUM NGAP). She even asked a hunk for help. She said that this hunk was too busy and only gave her one day. She said that when viewers watch for the third time, they would see his appearance. Kwan Yu once said that Lam Siu Ha was her successor. Kwan Yu said that they had a kiss scene, which Lam Siu Ha felt she herself was very gross in. Kwan Yu said, "I have told her, when acting she has to make her ugly. She already performed very well." Kwan Yu also thanked Hak Jai. In one scene Fiona Sit Hoi Kei slapped him many times. He also lost 30 pounds for the film, which made her feel very touched.

In the film Ng Kwan Yu was swindled out of money and love and decided to "retreat from the world" in Thailand. Kwan Yu's "rundown long hair big belly look" left quite an impression with viewers. Actually while on location in Thailand, Kwan Yu had to spend seven hours on the muscle make up. As a woman she did not mind the "appearance of a belly", which gave fans quite a pleasant surprise.
Posted by hktopten at 12:37 PM