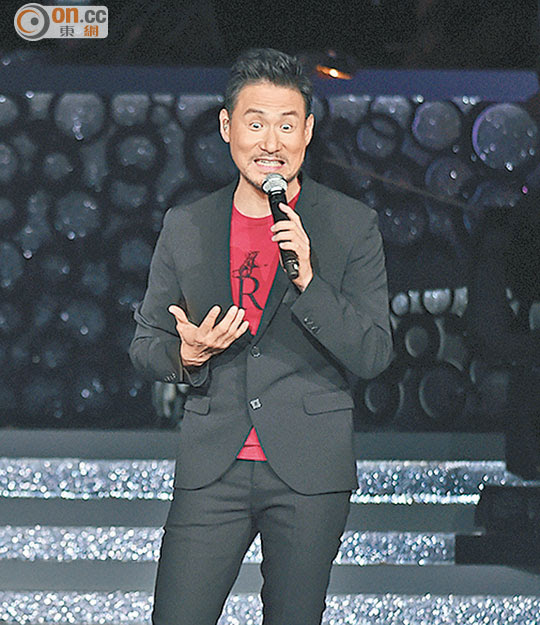 Alan Tam Wing Lun two nights ago held the fourth show of his Hong Kong Coliseum concert series and invited Jacky Cheung Hok Yau to be his guest. Hok Yau appeared to thunderous applause. Alan said that Hok Yau recently released a record that took seven years to prepare. He praised him as a singer who would only perform his best of the best; yet Hok Yau answered, "Actually I am just all talk!" Alan also asked why he would go to England to record a Mandarin record. Hok Yau said that because he wanted the record to have a little English flavor. Alan asked, "Do the English people start to speak Mandarin now?" Hok Yau joked, "Music has not language difference, I haven't really seen a guitar speak Mandarin either."

Actually Hok Yau was the first guest to offer his services. Alan said that the tickets were up several times in price because of Hok Yau. Hok Yau revealed that his mother and sister wanted his help to get six tickets for Alan's concert, but everyone he asked could not come through. He even said, "Later I had to tell Alan I would be his guest to get some, I only got four tickets this way. What a pity." Alan said that Hok Yau really knew how to joke around, but Hok Yau seriously said, "I am not joking, it's all true." Then he said, "Aside from getting four tickets to be the guest, the rest was all true."
Posted by hktopten at 2:00 PM