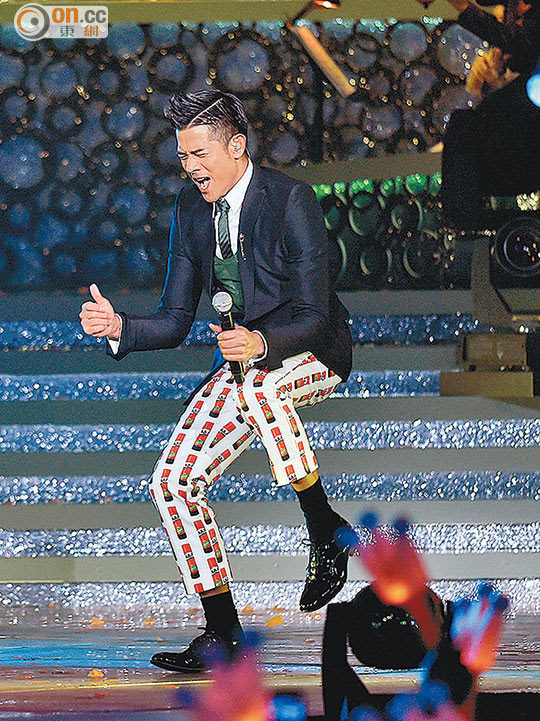 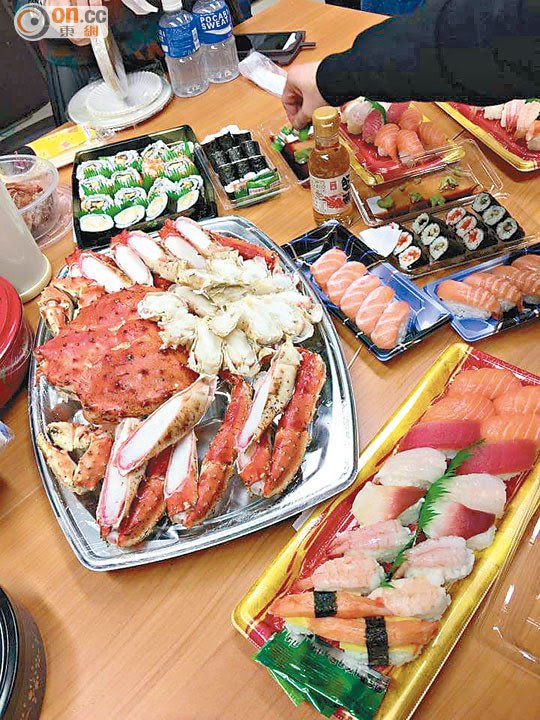 Alan Tam (Principal)'s concert stepped into its 12th show two nights ago. His guest was the "dance king" Aaron Kwok Fu Sing. They performed LOVE TRAP and heated up the night. Then Sing Sing performed WILD CITY to get the crowd on its feet. In the audience were Nat Chan Pak Cheung, Wong Hung Sau, Wong Jing, Anita Yuen Wing Yi, Paula Tsui Siu Fung and others. During the lai see segment, Alan even asked Wong Jing for lai see. Yuen Wing Yi like a fan gave lai see in exchange for a handshake.

When Alan sang the first verse of his hit LOVE TRAP, Sing Sing appeared on the side of the stage, danced and sang. He even motivated Principal to dance harder. Halfway through Principal even took off his jacket and kept shaking with Sing Sing. After the song, they immediately hug. Sing Sing said, "I have listened to Principal sing since I was very little!" Principal said, "When I was a child star?" He also asked why he would choose this song. Sing Sing said, "In my impression, when I got into the business as a dancer, when Principal you won the Gold Song I was one of the dancers!" Principal recalled, "85? That's why you never ask where heroes come from. Dancing is also a talent and can bring you to Heavenly King level success." Sing Sing also said that Principal was his lifelong role model. Principal revealed that another secret about Sing Sing that few knew. They both were the Sun Hei Star Soccer B Team center forwards. Principal praised, "You are amazing, great with both left and right leg." Sing Sing said, "Now my left leg is done, earlier I had an injury. (What about the right?) My right leg is fine, I can still play!" Principal also mischievously pointed between Sing Sing's legs and said, "What about the middle?" Sing Sing smartly said, "The lungs? Or the chest?" Sing Sing said while performing WILD CITY, "Originally I wanted to sing one of the Principal's hits, but earlier I have been working on a film in the Mainland. I had to play Sun Wukong." Then he made a monkey pose and asked the audience, "Do I look convincing?"
Posted by hktopten at 3:00 PM