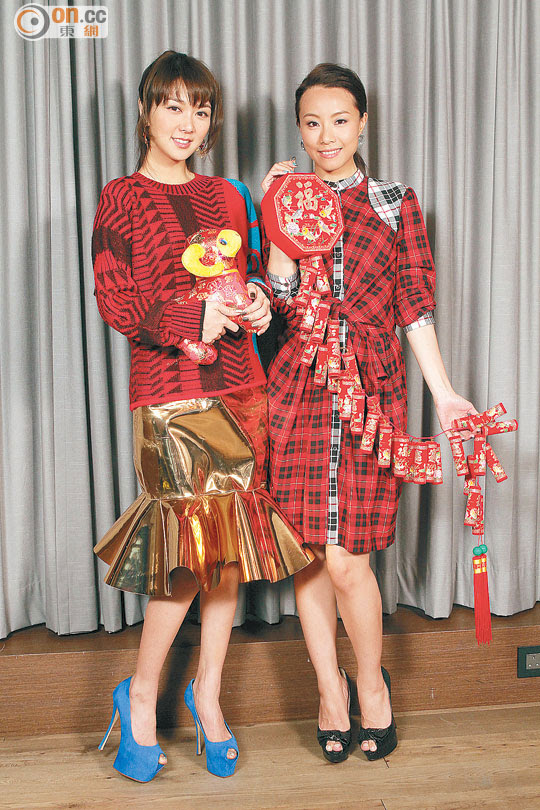 Speaking of Year of the Sheep plans, Stephy admitted that she wanted to work with Fiona. She hoped to work on movies like PAINTED SKIN or GIRLS with her. Next month she will work with Wong Yau Nam will play a couple in a low budget film. They will even have intimate scenes. Stephy admitted that they were too close as friends, playing a couple all of a sudden would be very strange and rather awkward. She also worried that her boyfriend Alex Fong Lik Sun would mind, because he would not watch any of her previous intimate scenes. She however liked to watch his intimate scenes very much.
Posted by hktopten at 2:12 PM